It has taken me a long time to write this. Sitting down to do so has been an arduous task. Every time I’ve committed hours of my day to telling this story, to capturing it for eternity into words, I’ve found other projects, tasks, or naps on which to focus. The tale is one that is deeply meaningful to me. It is one that, despite time now having wedged itself between now and then, feels fresh in my mind with the simplest of reminders.

I finally asked myself what was causing this prolonged avoidance of writing about something that so tickled my soul. I knew the answer immediately. The road trip that houses this story was born from a want to write its tale. Ultimately, this voyage was about creating an honorable conclusion to the story arc of my dear Chevy Malibu’s life with me. But, with each mile that passed, as the narrative began to write itself—I fell in love with it, I grew attached to it, and I relished in the security of its embrace. A beautiful story was written, but it is not truly over until I actually write it. The trip ends when I tell the story.

But here I am now, with a growing river of time flowing rapidly between these moments and me, and I’m reluctant to tell it. I’m not ready for it to be over. But I owe the words to many—to my father and the enduring love of a bloodline, to the Chevy and its partnership with me through my coming of age, to the historic landscape of this ever-changing country, to the endless search for spirituality and meaning, to myself.

But before I can tell the story, I must set the stage. And so, may this first chapter limn the history that planted the seed for this epic journey.

As I left, I began imagining the return. It would be a harsh, snowy winter, or perhaps a blistering, hot summer. We would be slowly climbing a steep graded mountain road, headed toward Donner Pass. We would have spent the past several days burning our tires along the interstate, every night resting our eyes to the same dream—California. This dream rested at the summit of the mountain we now climbed. At the top, there would be a victory plateau before a triumphant descent into the homeland. If she died before the border, a tow truck would carry her with honor to the other side to rest forever in peace. But, the way I most saw it happening was that she would use all of her remaining energy to climb that hill, and it wouldn’t be until just after the border that she’d give me one last nod, one last smile, and then gently pass into the next world having successfully reached Californian soil.

Over a year and a half ago, I packed up my ’98 Chevy Malibu with all it could hold of the West Coast life I knew, and I headed east to Washington, D.C. for the young adult life that waited for me there. That Chevy was more than a car; it was a connection to my beginnings, something that could root me when I felt distant or waning. She was coming with me to the east, and together we’d never be alone. We would always have a friend from home.

It was as though my relationship with the Chevy had been born from Shel Silverstein’s The Giving Tree. The Chevy loved me, and I loved the Chevy. I was sixteen when my dad handed me her keys, and from that moment on, that Detroit-born beauty selflessly gave and gave. We drove through several phases of life together, each one beckoning in a new layer of circumstance, story, and history—layers whose accumulation came to reveal the increasing complexity of a life in transition.

Looking back now, life at sixteen was fairly simple. During the high school lunch hour, my Chevy would take me off campus 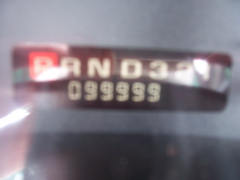 for a quick taste of freedom. It was during one of these hours that I remember watching her mileage counter make that epic turn to 100,000. When I needed her for late night drives around town with friends, stopping for milkshakes at Toni’s 24 Hour Restaurant, my Chevy would wake up and keep those four cylinders running for as long as we needed. Throughout those high school years, my Chevy took me from my mom’s house one week to my dad’s house the next week and back again, over and over, never with complaint. One day during this high school era, my Chevy took me on my first long solo drive to go visit my grandma in Napa. In a sense, my Chevy is the one who ultimately gave me the agency to cultivate that relationship. I still remember falling into a deep nap upon arrival as a result of the previous five hours of driving with both hands on the wheel, watching each curve in the road with the utmost care, mildly terrified and completely excited.

But, like with The Giving Tree, as my life progressed, the ebbs and flows became increasingly complicated, requiring deeper 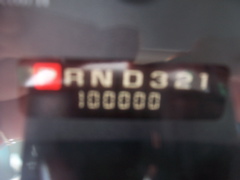 levels of thought, decision, and action. I began to ask of my Chevy for more and more. Upon graduating from high school, I packed her up with all I could and moved to Oregon for college. I didn’t see it quite as clearly at the time, but now I can see just how formative this choice was, just how much this decision to leave home, to leave my lovely Golden State for school, was to begin the shedding of a past layer of identity that hid me from the sometimes treacherous work of discovering one’s true self.

That sweet Chevy made the five and a half hour trip between Eugene and home countless times over the next five years. One time, she made it in four hours, but for the sake of my parents’ wellbeing, I won’t get into that too much. I grew to love that stretch of Interstate 5, that cut over to the coast on Highway 199, that final pull down oceanic Highway 101. I knew it like the back of my hand. During the winter, the mountains of the Pacific Northwest smiled at me through snow-dusted eyes. No matter the season, the first sight of the ocean always filled my soul with calm. I got a lot of good thinking done on that stretch with the Chevy. I made a lot of decisions, a lot of life plans, and came to grips with several forks in the road. 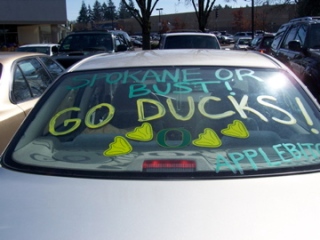 During college, my Chevy took me home one weekend to brave what I knew I had to do. I broke up with my long-distance high school boyfriend after many trips in that Chevy had made me realize that, as much as I tried not to push away from my fresh past, my life was pulling me away with enticing vigor. And the Chevy stayed with me the whole somber drive back when all we had were some tears and the rearview mirror. But, also during college, my Chevy assisted me in forging new and wonderful friendships. One spring, I drove with two friends up to Spokane to watch our school’s basketball team compete in March Madness. This was after we had camped outside of the ticket office for multiple nights, writing papers for honors history classes from the comfort of the cold sidewalk and the university’s free wireless internet.

When I left for Greece for six months, my Chevy was waiting for me in the driveway when I got home—when I got home and realized that the life I knew had shifted beneath my feet while I wasn’t even there to feel it, to get used to it, to understand it. And so when I needed to escape, to drive fast on the highway, belting out sad country tunes, my Chevy invited me in and we just drove and drove until we stood together in front of that big country field of blossoming mustard seed, free to think and to breathe. But, she also knew when it was time to get me back on my feet, and so we returned to Eugene, and because of her, I was able to take a job that would shape so much of who I am now, at which I would meet so many important spiritual teachers and friends, at an elementary school across town. My Chevy took me out for Wednesday night Bingo or to Saturday Market with some of the dearest of friends whom I still keep today.

The Chevy certainly had her hiccups here and there, from a busted power steering rack and countless tie rod replacements to slow leaking coolant and the mysterious way she just sort of died while coasting through parking lots or down hills; but she never gave up. She just kept giving. At the end of The Giving Tree, the boy comes back to his tree after having abandoned it for his fast-paced adult life, his life that has grown in responsibility from the days he used to swing on the tree’s branches. At this point, the tree has given so much of itself to the boy that it is simply a stump. It tells the boy it has nothing left to give. However, when the boy, now an old man, states that all he needs is a place to sit, the tree, without hesitation, makes the ultimate sacrifice, selflessly requesting that the boy come rest upon its remaining stump.

After five years of college, my Chevy was getting tired. I had asked a lot of her over the years. But, when I asked her if she 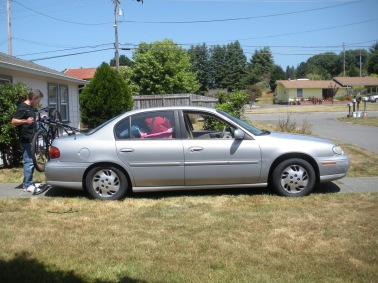 had it in her to take me to my new job across the country in Washington, D.C., she didn’t think twice about coming along for the ride. Perhaps what she didn’t foresee, however, or did, but what I was too egocentric to grasp, was that after I was done in the Maryland suburbs of D.C., after she had carried me through a year in the east, she would end up cold and without me in a parking lot in Northern Virginia. By the generosity of a family friend, she had space and security out there, but it also meant that her adventurous days with me had hibernated. She was left sitting, hoping that one weekend I might return—if just for a moment, if just for a quick spin to get the juices flowing.

It became clear that my life and that of my beloved Chevy’s were changing, and I hated to see her left like that. I knew I had to let her go, but it was a hard topic to digest after eight years of life together. I was trying to make peace with the thought that I’d have to sell her to some D.C. suburbanite who likely wouldn’t understand just how wonderful she was. She still had California license plates and those University of Oregon stickers that the sun had glued and faded upon her back window over the years. She dripped of soul.

My dad wasn’t particularly thrilled with the idea when I first presented it—it’s too expensive, the car is too old, it might not even make it, he’d already taken off time from work recently, just sell it in D.C. and use the money. I let his initial reaction run its course, but I always kind of knew in the back of my mind that he always kind of knew in the back of his mind that although this wasn’t necessarily the logical option, it was, in fact, the only option. It was the right option. The epic option. The Chevy needed to come home to California, or at least die trying.