“Everyone here is valuable,” she said to me, “Everyone plays an important role.”

I could tell that she meant it. It wasn’t just one of those nice things you say to try to make everyone feel like a winner. I looked into the eyes of this woman one Sunday at the New York Avenue Presbyterian Church in downtown D.C., and I could see straight from her heart that she believed the words she spoke.

I had spent the early morning volunteering at the church’s day shelter for homeless individuals. Members of the church, as well as District residents just looking to help, like myself, gathered there weekly to provide food, clothing, and friendship to some of our area’s most neglected neighbors. It’s not hard to recognize when people are or are not being genuine, whether they’re providing their services out of selflessness or selfishness. And, as a couple at the piano sang “Amazing Grace,” and those with homes laughed and conversed with those without homes, I recognized the people in this room as ones who are as kind and as sincere as they come.

Having been in a church, when I left, I couldn’t help but feel as though my own soul had been filled with the grace of the Lord. But, as I gazed out of the metro bus window on my way home, I had another thought. Perhaps my soul had really just been filled with the power of human goodness. However, this led to another question. Was the grace of the Lord and true human goodness really just the same thing? Were we all just vessels of God and His grace, were we our own gods creating our own powerful goodness, or were these two concepts one in the same? I knew that being in that room with all of those people, to me, was a spiritual experience, but I couldn’t settle on a sole translation that captured the “why” for why it felt that way.

I’ve never been very religious. I haven’t committed myself to being a God-fearing Christian. I mostly dabble in Judaism during the holidays. I’m intrigued by Buddhism, yet too hedonistic at times to be devout in its principles. Lunar cycles, animal spirit guides, familial ancestry—they have all woven their way into my ongoing study of what “it” is all about. But, in a world

where even atheists have become so vehement in their belief in not believing, my mind has become steadfastly curious in finding answers for the questions that can’t really be answered, understanding why we feel the emotions we feel so intensely, and why its even important to contemplate these topics and attempt to organize them into some sort of belief system.

I was on Interstate 40 heading west when I realized that I believe in everything.

Interstate 40 stretches through the Bible Belt, into the Native American Pueblos of the Southwest, through the natural beauty of the Mojave Desert, and into the hedonistic wonder of southern California. But, most importantly, it runs through Amarillo, Texas.

George Strait’s “Amarillo By Morning” sings, “I’ll be looking for eight when they pull that gate, and I hope that judge ain’t blind.” As my father explained to me, the line references the rules of bull riding. A rider must be able to stay on the bull for a minimum of eight seconds in order to qualify. If multiple riders hit eight seconds, then it’s up to the judges to score the quality of their rides to determine rankings. As he heads into Amarillo by morning with everything he’s got being all that he’s got on, George Strait has already had his saddle taken in Houston and his leg broken in Santa Fe. After what sounds like some pretty rough patches of life, George is focused on one thing—looking for eight, qualifying, getting by.

At work the other week, I was tasked with reading through success stories from a program for homeless Veterans and their families for use in an annual report. Each one I read moved me to my core. Story after story depicted the struggles faced by returning Veterans as they reintegrate into society and try support their loved ones. Each story showed the perseverance in these individuals’ hearts to succeed, to get by, to make eight.

One story in particular made my eyes water up like I had a bad, old cold. The story was about a married veteran couple who had never used social services before. They were both severely disabled and, due to complications with their surgeries, both lost their jobs. On top of this, they were faced with mounting medical debt. They sold their wedding rings as a last asset before becoming homeless and seeking assistance from a local nonprofit. The nonprofit was able to connect them to the program, which provided them with a security deposit, and a few months of utility and rental assistance to get them off of the street and back into stable housing.

What struck me about this particular story was not just the intensity of the human will to survive, but also the power of human love and connection. Here were two people who believed so profoundly in one another that they stuck by each other’s sides through it all. They sold their wedding rings because the love between them was a stronger bind than any piece of metal could ever be. Although their love was certainly one of emotional affection and sexual attraction, that type of devotion, to me, sings of another love as well—the great Greek love referenced in the Bible, agape (ἀγάπη); unconditional love. Were these two veterans just vessels of God and His grace, were they their own gods creating their own powerful goodness, or are these two concepts one in the same?

In fourth grade, I had glasses, a gap between my two front teeth, and a changing figure that I relentlessly tried to hide behind baggy sweatshirts. I was at the stage where I was too rebellious to let my mom help dress me in what, I realize now, were pretty cute outfits, but also too hopelessly lost in the politics of being a nine-year-old to fully understand social cues and become comfortable in my own inescapable body. Growing up is an awkward process, and I can’t say that it came entirely naturally to me. However, luckily for me, that same year I met Rachael, a kindred spirit also toting glasses and her fair share of pubescent gaucheness. From the day I met Rachael, I’ve had the blessing of one of the most loyal friendships one could ever hope for in a life.

About nine months ago, Rachael told me she was pregnant, and both of us freaked out about it a little. At the time, it just seemed so surreal and strange and scary and maybe like it wasn’t actually happening. But, last month, Rachael gave birth to a perfect little baby boy. It was real. It was so real. And it was so beautiful in such an array of emotions that I can’t even fully capture it into words. From the first photo I saw of Rachael holding that tiny little treasure, I knew I loved him. But it wasn’t

But is a miracle a product of God and His grace, is it just the powerful goodness human beings are capable of creating, or are 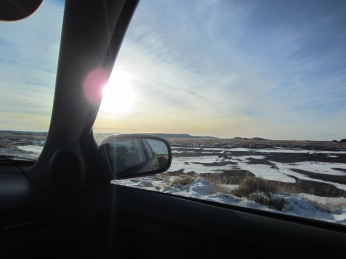 these two concepts one in the same? I’ve somewhat come to see everything as a miracle. I noticed this particularly this past New Year’s Eve. I was on a crowded dance floor downtown with some friends and made a joke to some people nearby us, whom I did not know, that I felt really close to them. This led to some further brief conversation during which one of these people sarcastically mocked the festivities, saying, “Oh, wow, can you believe another year is happening again? Let’s all get crazy because, oh my gosh, I just can’t believe it’s going to be another year.”

I politely laughed, but what I realized from this interaction was that actually, yes, it was a miracle. I was left in a state of wonder that, yes, again, the clock was ticking to a new number, a new page, and we were all miraculously alive and vibrant and connected. Existence is a miracle, and to see this is to live in a constant state of amazement. 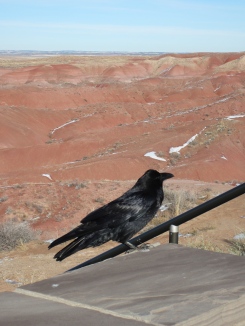 And when the clock ticked past midnight and the champagne flowed freely, I thought of the promise of the New Year, and of the light and love I hoped it brought the people in my life whom I hold near and dear. I sent out mental wellness to those people, and I felt the peace that I’ve felt when I stand on the side of a cliff gazing out at the mighty Pacific Ocean, or when I’ve climbed a mountain and taken pause at the top to appreciate the great expanse of our earth. It dawned on me that nature may very well be the ultimate manifestation of our concept of a God, and the meditative peace it brings me, and which I then send out cosmically to the people I cherish, may very well be synonymous with the omnipresent power of prayer.

But do we pray to a God, is prayer just a meditative process, or are these two concepts one in the same? And is nature a product of God, is nature its own god, or does it really matter as long as the thing we choose to worship allows us a sense of peace during times when life beyond that sanctuary may otherwise feel like war? Does what we believe matter so long as it provides us with the love and absolution for which an inherently battered human psyche so yearns?

I was on Interstate 40 heading west when I realized that I believe in everything.

In the presence of towering roadside crosses in the Bible Belt, I appreciated the concept of a Savior being born to absolve the

burdens we each carry from the unique deck of cards we were dealt. In the Native American Pueblos of the Southwest, I couldn’t help, but notice being guided by a Raven and to appreciate the ancestry and stories the land held. Today when I meditate, I often visualize the Mojave Desert and focus my mind on its soothing hum of nature’s Gaia. When I dive into my work and my relationships and the things that bring me pleasure, I remember the sun of southern California. But, most importantly, each day when I wake up and look for at least the eight I need to keep this life moving, I remember Amarillo, Texas, and I see God in so much of what surrounds me.

I don’t think that everyone needs to believe everything. I think that there might be some value in having a central belief on

which to hang your hat. But from where I stand, the grace of God, human goodness, miracles, prayer, nature, and the will to survive sure have a lot of beautiful, mystifying, and soul-soaked overlap. And whatever the actual conduit is through which these facets of life are communicated, so long as it does not actively seek to harm another, seems to be valid to me.

Like the people who gather in a room looking to help, all systems of belief are valuable; each plays an important role. Because, at the end of the day, we’re all just working to get by, and having a ritual or an emotion or a God on which to pray or worship or believe can help to fill an otherwise gnawing void. Each morning when that sun comes up to shine, we’ll each be looking for eight, and I hope that judge, whoever that judge may be for you, ain’t blind.